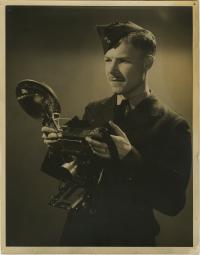 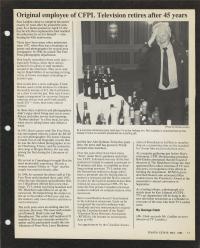 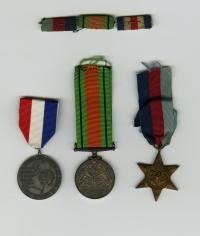 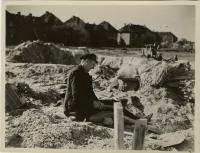 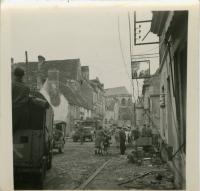 Ron Laidlaw, longtime resident of London, Ontario, was a war photographer with the RCAF during the Second World War. He was, allegedly, the first Allied photographer to enter Bergen-Belsen concentration camp and among the first to enter the newly liberated city of Paris. He brought back with him a collection of Nazi artifacts and Adolf Hitler collector cards, as well as official photos that he took in England, France, Holland, and Germany. The postwar material includes two scrapbooks, one detailing his retirement from CFPL Television in 1987 and the other his trip for the fiftieth anniversary of the Liberation of the Netherlands in 1995, his war medals, cuff-links given to Laidlaw by the Masons, and cigarette holders. After the war, Laidlaw returned to his position at the London Free Press until an opportunity arose to launch a new TV station, CFPL. He was the station's only news director until his retirement in 1987.